Not a new programmer but new to architecture design. I'm about halfway through "Clean Architecture" by Robert C. Martin and I've realized that few components in my program need to have their dependencies inverted. The program is using C#/ASP.NET MVC but that shouldn't be relevent.

The current architecture is as follows: 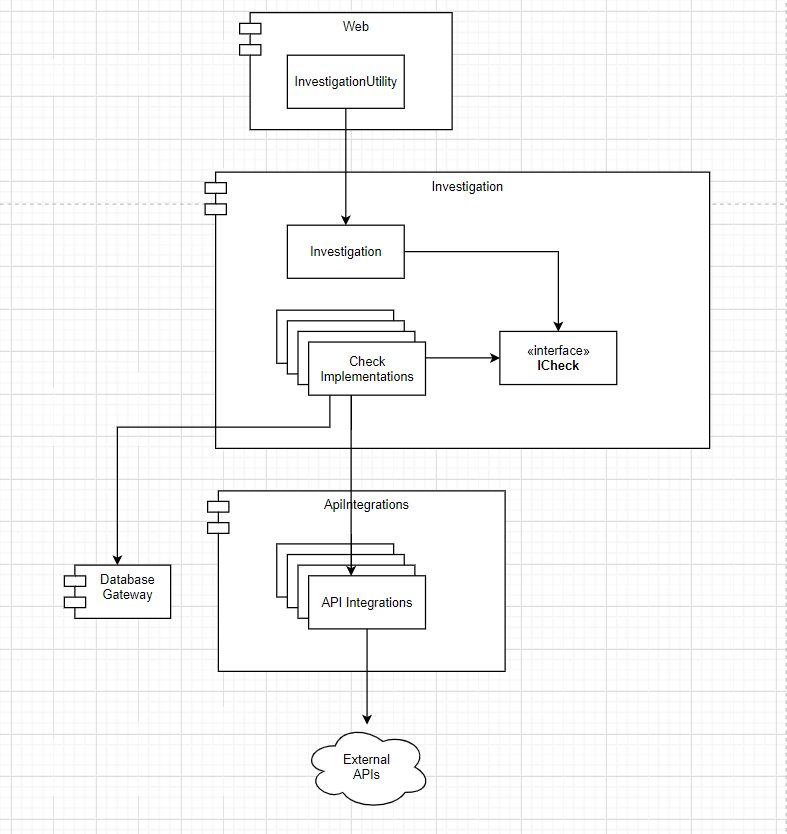 I redesigned my architecture by: 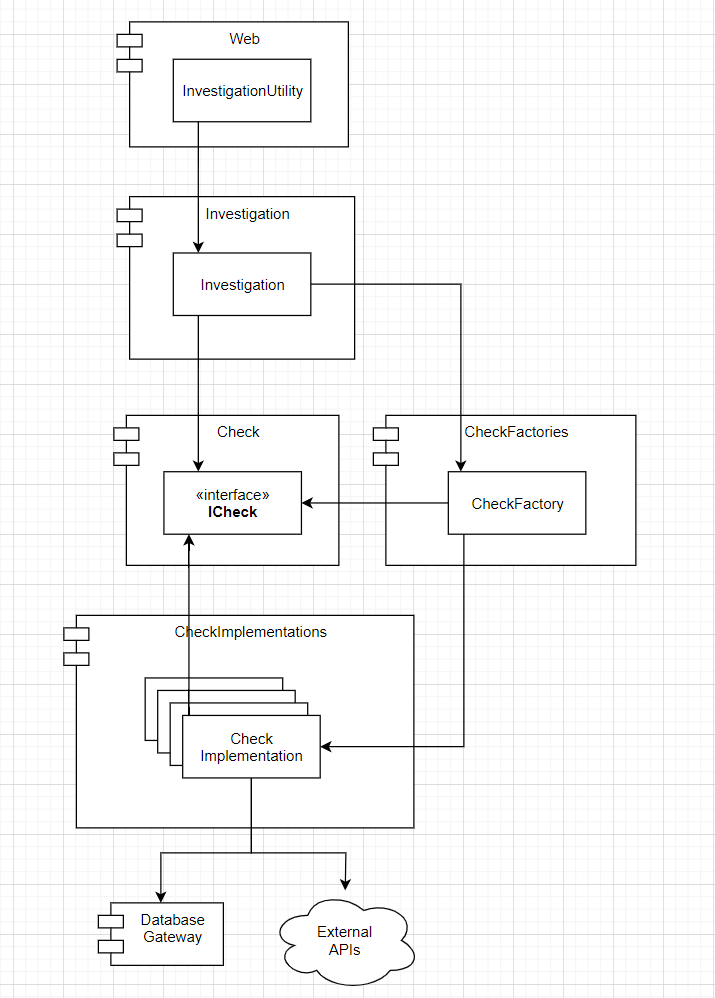 Is this a good application of Dependency Inversion Principal? I'm familiar with using dependency inversion at the class-level via Dependency Injection, but using it at the component-level is an entirely new concept to me.

Also, I didn't include it in the diagram but I have a Models component which only contains data structures. Instead of creating an entirely new component for the ICheck interface, would it be wise to just place it in Models?

You haven't achieved anything with your redesign, the Investigation module is still transitively dependent on CheckImplementations module.

After that I would recommend to simplify the design by moving ICheck and ICheckFactory into Investigation module and Check and CheckFactory into CheckImplementations module. Combined with the above, the CheckImplementations module would depend on Investigation module, resulting in inverted dependency compared to what you have now.

Not the answer you're looking for? Browse other questions tagged architecture solid dependency-inversion or ask your own question.