When is a "port" used in UML component diagram?

I currently stumbled over the the concept of "ports" in UML component diagrams and I'm not entirely sure how they are supposed to be used. Sometimes, ports seem to be used generally as start of connectors. Sometimes, ports are only used as soon as a connector leaves/enters a bigger component. I've even seen examples where no ports at all are used (from UML 2.5): 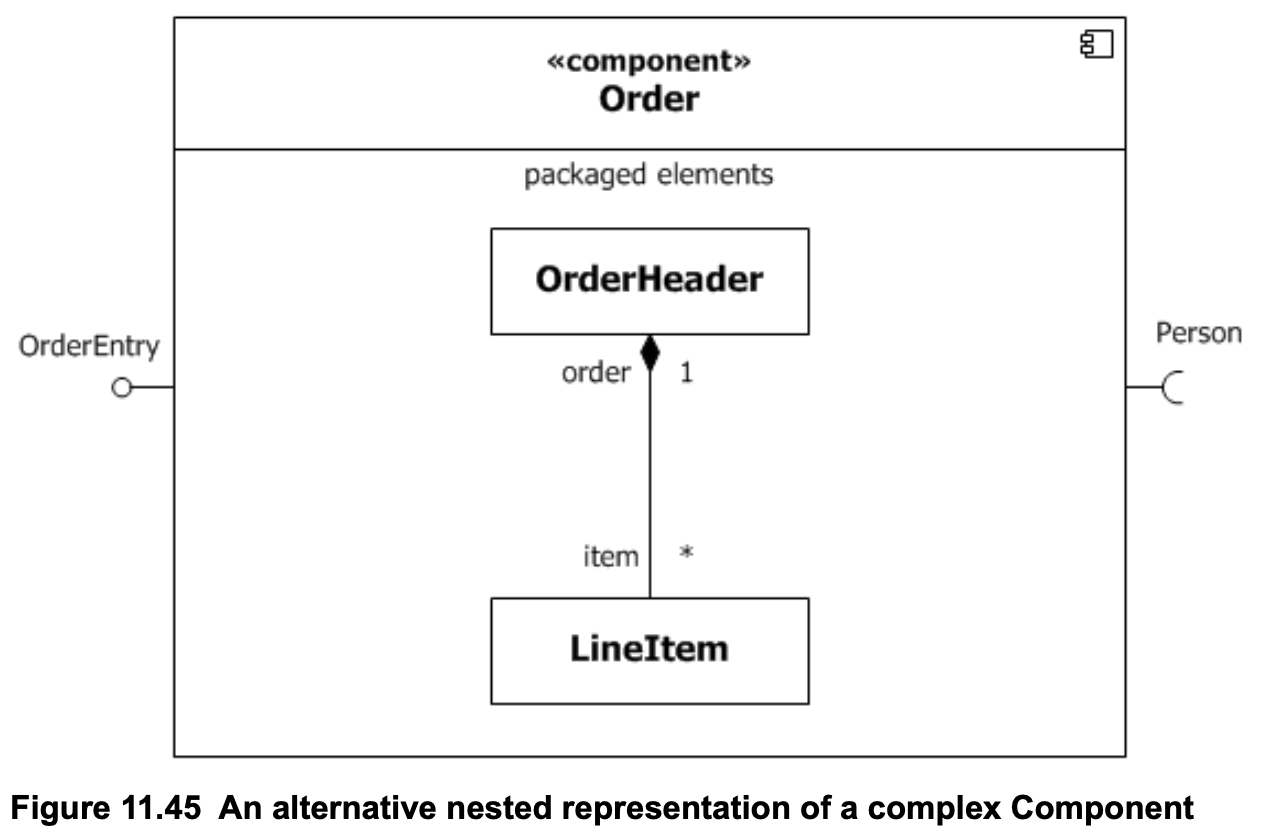 In chapter 11.8.14.1 of the UML specification, a port is described as follows:

Wouldn't that mean that using ports is always mandatory? It also seems like there are quite the differences between UML 1 and UML 2 which are mixed in some cases. So my question is: As of today (UML 2), when should a port be used and when shouldn't it be used?

in the UML 2.5 specifications is a better example: you’ll find on the same diagram:

The only missing thing in this diagram is the case where several ports are used to group different interfaces.

To answer your question, an interface does not have to be connected to a port: the port is optional. However the port is necessary if you want to connect external interfaces if the enclosing classifier with the internals of that classifier.

P.S: I use the term “connection” colloquially to refer to the graphical connection.

To add to Christope's answer: a port is a good way to couple a number of different interfaces that somehow belong to each other. A good technical analogon is a plug that combines power supply and digital/analog lines in one port. Actually in SysML which is heavily related to UML you use a port to express exactly that (besides the usual software ports). Often it's a good idea to introduce a port with only a single interface. Just in order to have a way for later splitting that interface or to extend it with other interfaces.

Not the answer you're looking for? Browse other questions tagged uml diagrams component or ask your own question.

0
<<access>> and <<use>> in UML Component diagrams
0
UML Diagram for Locations of Components
2
ER Diagram Multiplicity (UML)
1
Can the port of a UML component only be a singleton?
2
How to depict the relationship between a Back-End and a DB in a component diagram?
4
In an UML 2.5 State Machine, how can I model sending a Signal as an effect on a transition in a convenient way?
1
How to show relationships of the component containing the interface definition when using ball/socket notation in a UML Component Diagram?
1
UML Use Case Diagrams Relationship - Required / Optional AND independent