I've read the canonical article about GitFlow by Vincent Driessen, and there are 2 things I'm not sure about: 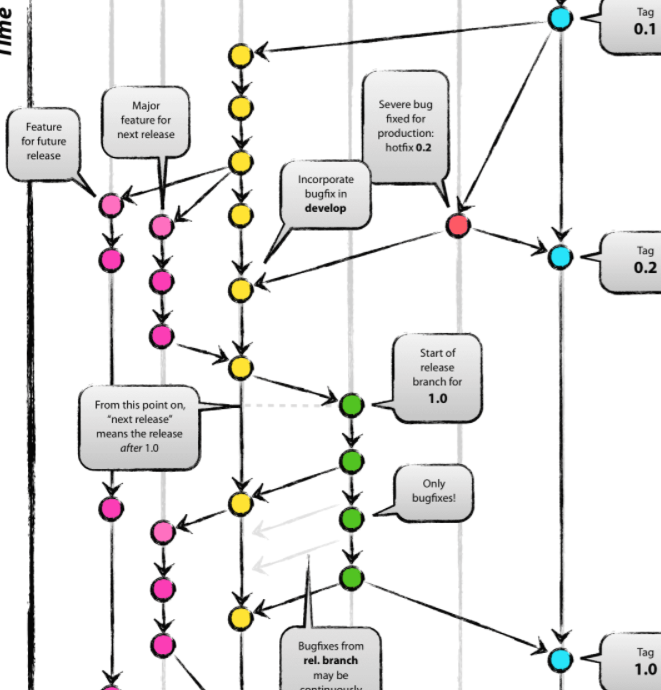 In the line of the develop branch, we see some commits that seemed to be just committed directly to the develop branch (not merged from any feature branch). Is that possible according to the strict rules of GitFlow, or is it just inaccuracy in the diagram?

My prefered explaination is : https://www.atlassian.com/git/tutorials/comparing-workflows/gitflow-workflow

The real question with gitflow, or any branching model is what do you do with the branches. Git allows you to branch and merge in a virtually unlimited fashion, but:

These choices are left out of the branching model and are really what defines your development process rather than what you call the branches.

Not the answer you're looking for? Browse other questions tagged git gitflow or ask your own question.

12
How should I incorporate a hotfix back into a feature branch using gitflow?
2
Bugs showing up with merge on the release branch
9
Keeping a clean git history when using gitflow - unmerged commits on develop
4
use of the master branch in Git branching models
5
What to do with historical SVN branches after switching to GitFlow?
0
Need a Git branching how-to
0
In GitFlow, why not merge from master to feature?
2
How to cope with production rollbacks when using gitflow
0
How to reduce the merge-redundancy due to testing in our Git workflow?
3
How to deal with multiple release/hotfix branches in Gitflow?