As a learning project I started looking into how to mimic some basic features of a no-code platform. I usually code in Java/Python, have good knowledge over Javascript/HTML, but wanted to use this to pick up React or Vue frameworks. I am more of a backend dev than front end.

I understand the mechanics of the drag and drop of components, and the relationship graph flow representation in JSON for instance. What I am lacking knowledge about is how the JSON object is then loaded into an executable script, and how the execution is managed, especially when you have multiple users or even multiple flow running in parallel from the same user.

Any suggestions on how to accomplish this? 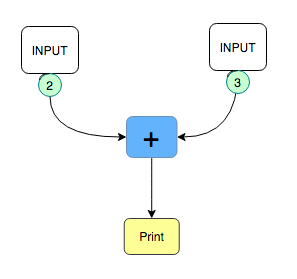 In the scenario you describe JSON is being used as a DSL. DSLs interpret "tokens" to create machine readable action. However, unlike real languages they require a custom parsing engine and typically have no IDE for that DSL. This creates issue down the line in areas such as refactoring because the only tool available is Find/Replace editors.

The term no-code is a misnomer ultimately, but refers to the fact the User doesn't have to code. In the end code is generated because computers do nothing without code.

Not the answer you're looking for? Browse other questions tagged design architecture javascript web-applications coding or ask your own question.