I'm giving a try at my first backend API which aim to follow some Domain Driven Architecture concepts that I've learned from an implementation in Go in a Udemy course.

The problem is that I don't clearly see the role of the Service.

In the course I've followed, there's a users-api microservice and an oauth-api.

The use case is fairly simple. It's an implementation of the OAuth password flow. In a few lines: 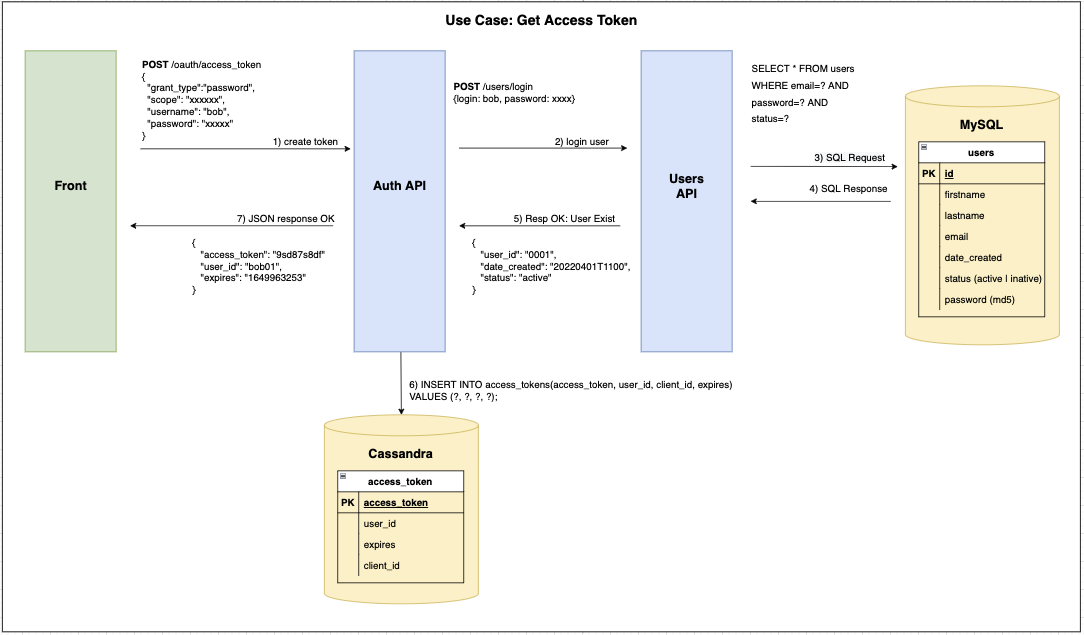 Here is the interesting part: the code architecture of the oauth-api microservice. The rectangles are simple packages and have their own responsibilities... 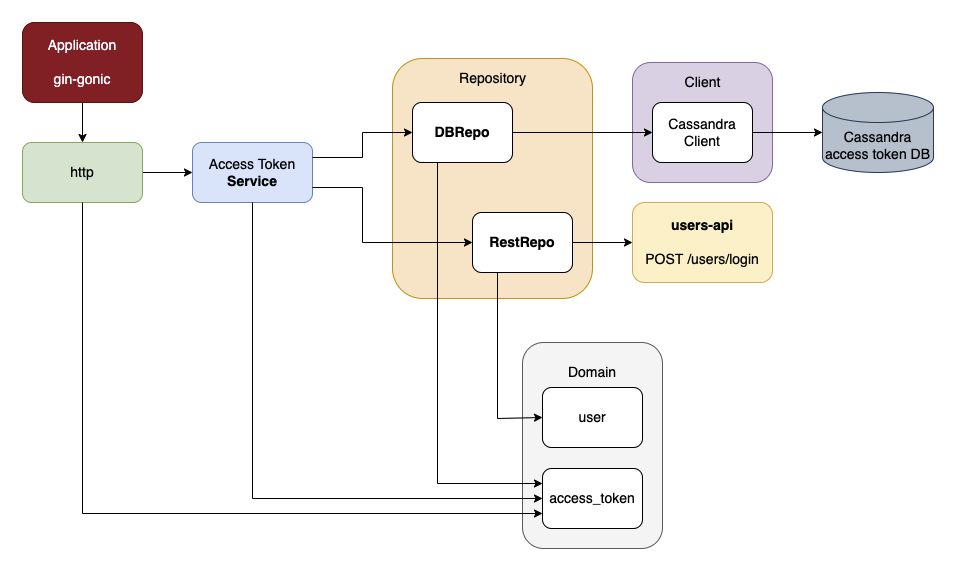 Let say we have 3 tables: customers, orders and orderItems like below ...

... and we need to be able to POST an order... Is is ok to perform a single SQL transaction from a single OrderRepository?

So for now, my backend just looks like a simple Gateway calling a REST API composed of independent services: Authentication (handled by the Gateway), Customers, Orders and Payments (this last one still to be implemented)

if we take the orders + orderItems example, let's say we have 10 items per order on average, and that it's read intensive. I don't see the benefit of dealing with 2 repositories: one for the order table and another for the items, or 2 services. Especially, from what I've read, this would imply the need to implement Sagas when receiving a write order request (or Two Phase Commit)... What do you think?

Maybe, from a Domain perspective, there's not enough complexity in my little project to make use of microservices for now.

Maybe, from a Domain perspective, there's not enough complexity in my little project to make use of microservices for now.

As your project is (derived from) an educational project, it is indeed very likely to not actually need microservices. In order to not overwhelm the students, educational projects commonly use extremely simplified examples to teach a concept. For concepts like microservices, that simplification goes further than the limit where you would apply it in the real world.

Microservices are great when you need independent deployment and/or scalability of different parts of your application. If you don't need that, they are probably overkill.

Is is ok to perform a single SQL transaction from a single OrderRepository?

Yes. I would even expect Order to be an Aggregate Root (AR), containing OrderItems as sub-Entities. That in turn implies you will not have a OrderItemRepository.

The AccessTokenRequest object is part of the domain here. After reading a few articles about DDD, could we say that these kind of "Request Objects" (as well as some Response objects I guess) can be considered as Entities or Value Objects?

I would say that these "request objects" are Value Objects. A request object does not need to have a particular identity or multi-state lifetime.

Not the answer you're looking for? Browse other questions tagged domain-driven-design microservices or ask your own question.

10
DDD: service contains two repository
7
DDD, where to use infrastructure services
53
DDD repositories in application or domain service
10
What is the best practice when it comes to naming microservices?
2
DDD and ValueObjects in repository
0
Data replication with microservices using a messaging broker
1
Application architecture using CQS and DDD Aggregates
5
DDD Domain Modeling of Transportation Module