How much of original code is left in modern software products? [closed]

Ask Question
Asked 8 years, 8 months ago
Active 6 years, 11 months ago
Viewed 2k times
32
As it currently stands, this question is not a good fit for our Q&A format. We expect answers to be supported by facts, references, or expertise, but this question will likely solicit debate, arguments, polling, or extended discussion. If you feel that this question can be improved and possibly reopened, visit the help center for guidance.
Closed 6 years ago.

Many of you out there work for large companies that ship well-known software. I was wondering, how much of original code (basically, code that was "v1.0" release) is left in modern massive applications, such as, say, Firefox, Photoshop, Windows, Linux, etc? I'd really prefer first-hand experience and real-world war stories.

Thanks for satisfying my curiosity.

Turns out there's a degree of misunderstanding. What I'm after is basically as follows: when you blame/annotate source code, are there any parts or even whole files untouched since the initial 1.0 release.

source-code history
share|improve this question
edited May 19 '11 at 12:19

Péter suggest that for example you won't find old Netscape code in Firefox. Which is wrong, if you search through source code you'll find quite a few files with disclaimer like:

For example in Linux kernel headers you can find things like:

I don't know how much but old code is definitely there but slowly gets removed. E.g. in windows 2008 or vista go to c:\windows\fonts using explorer, right click on left pane and choose "install new font". The dialog box that is shown is from windows 3.1 days (check screenshot). If you see the same in Windows 7 it is now a much better control panel like UI. 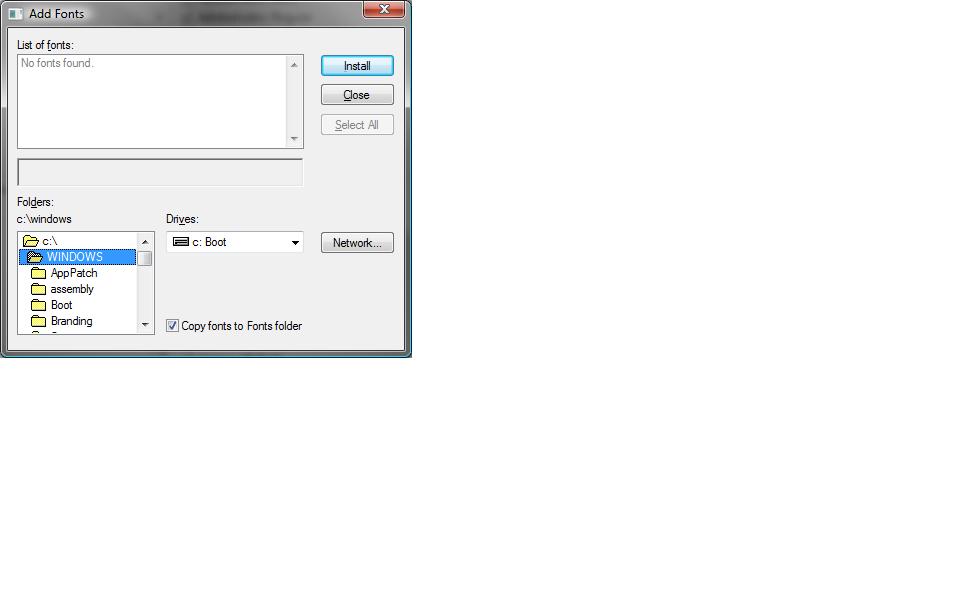 I can't tell how old the code at work is. I can only go back to when it was put in Subversion, and there's a lot that dates back that far.

However, I have a friend who has worked on Microsoft Office code. A few years ago, he told me he'd removed some SaveA5World calls from it. That call had a purpose on the old Macintoshes with M680?0 processors, and has served no purpose since Apple went to the PowerPC Macs in the early 90s.

In my observations, any powerful software system that a company relies on was built with technology nobody really wants to use anymore.

"If they did their job exceedingly well from the start, a large part, otherwise a small part."

Strict languages display this trait. Very little has had to change in Nicklaus Wirth's languages, because they were planned with precision. (This has actually changed lately for Delphi, and will change more with the upcoming universal deploy version.)

There is also a flip-side to this, of course. Being deciding that the original code is good enough, such as in the case of Microsoft Windows, or lovely applications like ACDSee, text editors, or the well-known "spirit of Linux" command line applications.

Even though these applications may seem clunky to those who perhaps didn't love them in the first place, they display a well-planned trait as well as a well-defined featureset; even if they don't have bells and whistles, that may be preferred; they do what's on the tin, backward compatibility is great, and are likely to continue to function well in future.

Photoshop would have 90% the same code since 5.0, if you'd go by the featureset. ;P Does it? No. Why? Selling updates. You can't really do more with it today.

The featureset of a file manager, up to the point where it wants to do FTP, web, and cloud is largely the same for any platform for decennia. The only reason such an application still isn't at 1.0 is due to bad planning, whim, an urge to update - and atleast to a small extent the world changing around the application.

The answer is that some gems stay at 1.0 or 1.0.x because the developer has decided on the featureset, completed a bug-free program, and either does not profit from endlessly adding stuff and fixing the bugs in the added stuff, or has moved on to develop more gems.

All else is unlikely to stay anywhere near the code in 1.0. And why shouldn't you rewrite the application if you have a great idea? You should, it's fun to code! :) Except that's not what has taken place in many modern software products. Change for the sake of change (sales) and not motivated by featureset, and to a smaller extent updating to comply with changing platforms, is the order of the day.

And in this soup of interacting pieces of constantly updating software few codebases escape revisions. A few still keep to the dream of foundations and modularizing (and not releasing prematurely), but the vast majority are stuck in the release-fix-update cycle.

Even ostensibly 'cutting edge' systems used for games, like iD Tech and Unreal, would still have a fair bit of 1.0 code in them.

Not the answer you're looking for? Browse other questions tagged source-code history or ask your own question.

8
How were Fortran's original control structures insufficient?
4
How much should I rely on Visual Studio's Auto Generated Code?
4
GPL- How much source must be released?