What is the first published reference to test-first programming?

I am rereading Refactoring by Martin Fowler. In Chapter 4, Building Tests, I came across the following passage.

In fact, one of the most usefull times to write tests is before you start programming. When you need to add a feature, begin by writing the test. This isn't as backward as it sounds. By writing the test you are asking yourself what needs to be done to add the function. Writing the test also concentrates on the interface rather than the implementation (always a good thing). It also means you have a clear point at which you are done coding--when the test works.

While I am an advocate of test-driven development now, I did not remember having been introduced to the concept when I originally read this book nearly 5 years ago.

According to Amazon.com, this book was originally published on July 8, 1999. Is this the first published reference to test-first programming or is there something even earlier?

Test driven development is similar to design by contract, where you have preconditions, invariants and postconditions.

Formal methods date from at least 1983, and have been used for safety critical systems such as the driverless Paris metro using the B-method:

In the first and the most abstract version, which is called Abstract Machine, designer should specify the goal of the design. [Wikipedia]

These could be some of the things from which Kent Beck "helped pioneer... the rediscovery of test-first programming".

Project Mercury ran with very short (half-day) iterations that were time boxed. The development team conducted a technical review of all changes, and, interestingly, applied the Extreme Programming practice of test-first development, planning and writing tests before each micro-increment.

The rest of the report is interesting too, it goes on to say:

The earliest reference we found that specifically focused on describing and recommending iterative development was a 1968 report from Brian Randell and F.W. Zurcher at the IBM T.J. Watson Research.

In addition to automated testing, the 1968 report advocates parallel coding and testing, if not test-first:

Jon Bently in Programming Pearls (originaly published 1986) does not specifically mention Test-First programming. But in the chapter "Writing Correct Programs", he describes writing an algorithm by first defining the preconditions, invariants and postconditions, and in the next chapter describes an automated testing framework.

It's not quite test-first, but he was definitely laying some of the groundwork.

Test cases ... can be developed even before any code has been written. Ideally these cases are based on an application's requirements ... If developers are given requirements-based tests before they begin to write code, they will design a product that can pass those tests ... "

That was Kent Beck, in his book Extreme Programming, also published in 1999. 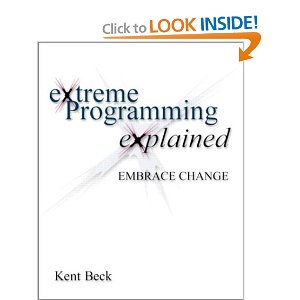 7
How much detail is in a good UI regression test?
20
In TDD, if I write a test case that passes without modifying production code, what does that mean?
8
What is a good integration test strategy?
15
Is creating the objects you think you will need ok in a first test in TDD
2
Acceptance testing with preloaded data or filling it on the go
7
To what extent should I test what should not happen
20
Is it a good idea to write all possible test cases after transforming the team to TDD to achieve a full coverage?
6
How to test a complex method (without rewriting it in the test)?
3
What do you unit test in your angular applications?