How can I control Visual Studio's window creation behavior?

I have recently installed Visual Studio 2010.

By default it has a nice layout, and when I open files, the tabbed windows for those files appear where I like them to appear: source code on the upper half of the screen, compiler output, test status, trace windows on the bottom half.

But, after a period of using it, I fat finger something, and then the window positioning logic goes haywire. One of the tabs gets undocked, and then after I redock it, nothing else operates like it used to operate. So maddening! It opens source code on the bottom, it opens other windows in unpredictable places. I undock and redock the windows where I want them, and the next time I open them, they go to the wrong place again. WTF?

Even the "start page" gets moved. This is what it looks like when I start up: 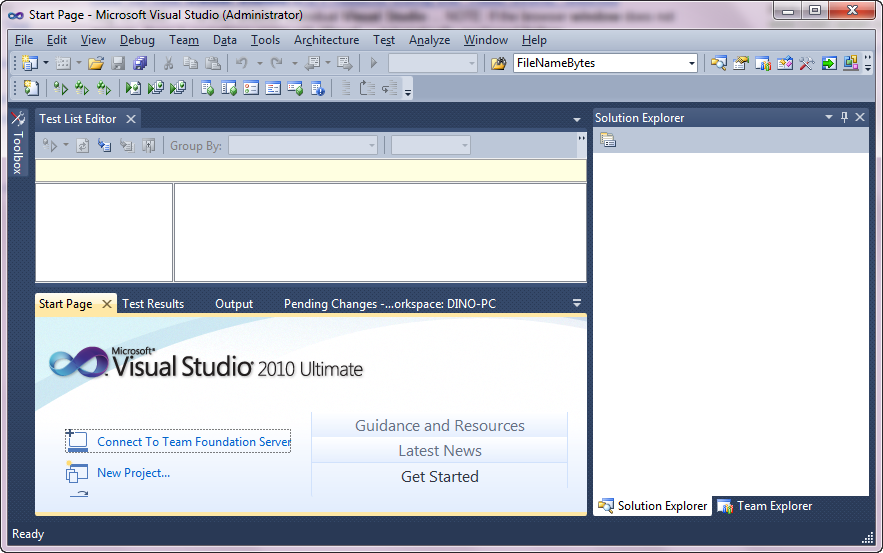 I know I can do the devenv /resetsettings thing to restore to the original, and I have done this (Several times), but really I would like to know:

Does anyone else have this problem?

With regards to "how to undo it without stopping Visual Studio", try this:

Not the answer you're looking for? Browse other questions tagged visual-studio-2010 or ask your own question.

1
Is there a way to 'package' up my Visual Studio installation so I can easily deploy it on other machines?
12
How can I keep my visualstudio database project in sync with my database?
5
Can I use Visual Studio 2010 Architectural features to enforce design on code, without feature packs?
9
How to deal with merging of Visual Studio projects