I've heard many times about the aspect-oriented programming, mostly that it is the "next generation" technology in programming and is going to 'kill' OOP.

Is it right? Is OOP going to die or what can be reason for that?

Any time someone tells you that one software technology will kill another one or dominate the whole market/use/audience, remember this :

A sane (dynamic but stable) ecosystem is made of a variety of widely different species.

That means that any new hyped technology will go through the hype curve and in the end will find it's specific(s) purpose through time and experience with it. 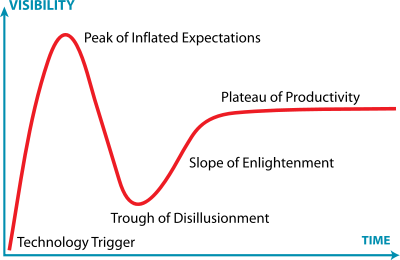 That also mean that such an extreme concept as aspect-oriented programming is useful if it's needed, meaning, not always and not very often, because of implied costs.

Did you notice that the languages that are the more used (and controversly popular) and widely spread in real life are "not pure"? That's because allowing several paradigms makes them more flexible to change of context through time and they fill more usage niches.

OOP isn't going to die because of AOP. AOP adds some value, but it lives in perfect coexistence with OOP. I don't think that functional programming will kill OOP either. OOP is too good a fit for many kinds of problem domains, it wouldn't make sense to replace it with the functional paradigm.

Paradigms come and go, but legacy code is forever. There's always going to be C++ code to maintain, so OOP is never going to die out completely.

Short answer: No, I don't think so.

The thing that does (at least in part) replace or adds to OOP is functional programming, which actually is a different programming paradigm (although it can be mixed with OOP, for example in the Scala programming language). It prefers immutable datastructures and all kinds of fancy features that tend to frustrate OOP developers, particularly when it comes to concurrency.

OOP is talked about less these days since its assumed to be the de facto approach in many situations. AOP never got off the ground as any kind of mass movement. 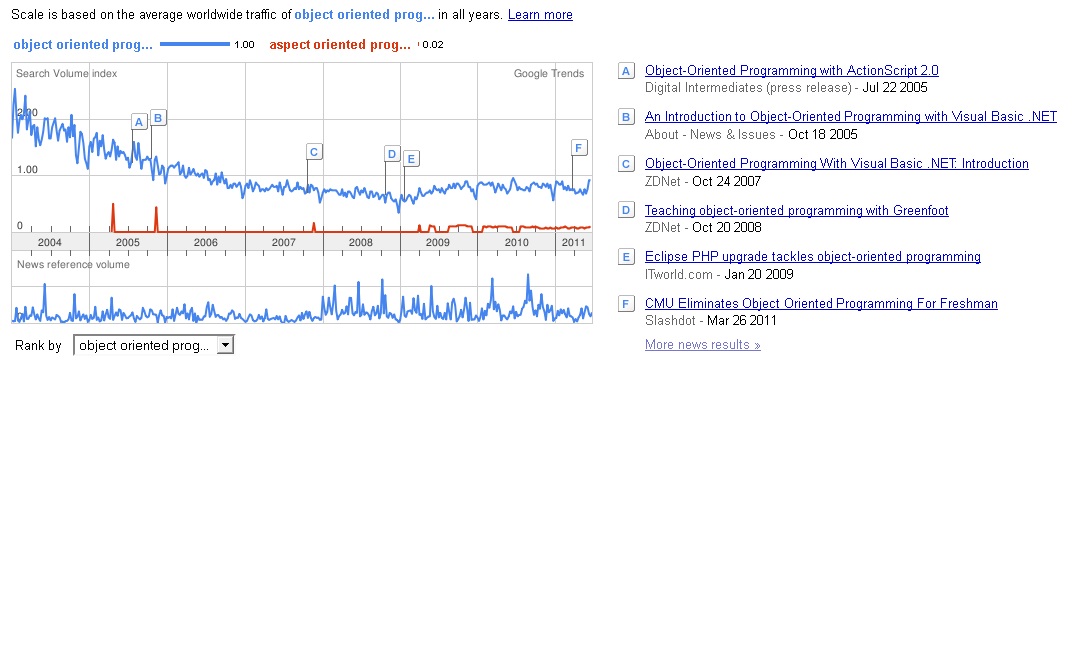 I remember hearing about Aspect Oriented Programming for the first time sitting in a OOPSLA '97 Tutorial. They said it was going to kill OO way back then. Since then, OO has only grown beyond wildest expectations. AOP, is still barely known with essentially no impact on the computing industry. I think the answer is obvious that AOP is no OO killer.

Look at some existing AOP systems. They depend on you having some code written in some form -- for example, Spring AOP relies on you having your methods defined on a class. Castle Windsor supports it in C#, which is an object oriented language.

You could theoretically switch from OOP to structured programming and still keep AOP, but in practice, that would be difficult. It's easy to subclass something, override the relevant method to call the appropriate before/after filters, and pass that on in the process of dependency injection.

It's bloody hard in comparison to rewrite static method calls to route to a trampoline method designed to call the user-defined filters.

So from a common implementation standpoint, AOP requires OOP.

While OOP is certainly not a silver bullet, the same can be said for AOP. It supports component based design, however in the grander scheme your components are the new objects and the component interfaces are basically a transactional list of methods, which is NOT true OOP.

Further AOP and component based design support an Anemic Data Model, which smarter people than myself hold criticism of.

(I know the article above is old, yet surprisingly relevant)

The bottom line is that AOP systems are here to stay but they are far from perfect as well. No system is perfect.

14
Do non-OOP paradigms support concepts such as encapsulation?
3
In which programming paradigm can't code reuse be (easily) achieved?
29
In OOP, isn't the 'protected' keyword required?