Is it good to start with a simple subset of requirements and then extend the program?

When I was assigned a program, I usually build them block by block. For example, I was required to write a program which enable FTP transfer of files, which also allow queueing of transfer and a multi-thread transfer instead of single thread transfer. What I would do is:

1) Try to make the program able to transfer 1 file

2) Try to make the transfer into a queue

Would you do this instead:

1) Read through all the material/tutorial of all 3 requirement

2) Try to assemble them into a general picture

3) Write the program at once.

The general answer is: it depends :-)

In most cases, the first approach is fine. This is akin to the Agile method, which works well in many real-life projects. Especially with frequently changing requirements - which is a given in most cases -, there is not much point to try to do Big Design Up Front.

In some cases, the second approach may be better though. I can think of

Note that there is no wide gap between the two approaches though: Agile projects start by assembling a skeleton system (after just the necessary amount of analysis & design) which is able to something - however simple or trivial - to demonstrate that the system works end to end, then gradually add more functionality. Whereas performance- or life-critical apps, once they have the requirements and design phase done and implemented the (usually much more robust and detailed) skeleton of the system, may also add individual features incrementally (depending on the timeline and resources available). 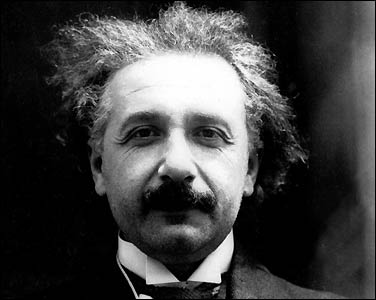 “Make things as simple as possible, but not simpler.”

It's good when you start your program simple and then gradually extend it.
Big projects always begin with something, and with the agile approach I think you're on the right track.

One thing you should make sure of is that you don't depend on the initial simplicity.

Let's have a look at your example.

During the second iteration, you will be designing the most important classes for the program.
You will be creating abstractions for the files, probably re-doing basic server abstraction from the first iteration, and the transfer manager itself. You will also have to create some kind of GUI that allows to work with multiple files, and tie this frontend with the backend.

After this stage, changing basic API will be hard. Because of that, make sure that you won't have to redesign the whole system at the third iteration. When doing second iteration design, keep things simple and flexible enough (you're in luck when you know what is going to be changed but this is not always the case).

On the practical note, this usually means reducing dependencies with Inversion of Control pattern, interacting with the backend (and inside the backend, too) using interfaces, and separating different pieces of logic into independent modules which can later easily be replaced.

Personally I'd try to do the second method because doing the first way tends to end up with big redesigns to implement the next bit of functionality and meet all the requirements. I think in the end you end up with a better design instead of something cobbled together that isn't coherent but just about works.

49
Servicing background tasks on a large site
8
Multithreaded file copy
2
How should object identification be managed?
2
Does it make sense to have a user specified thread limit?
0
Use multiple languages and then compile them all in a common language (kinda like Unity3D editor)
5
How to prevent overlap booking on a calendar booking system
59
Is it typical for there to be no real design prior to someone being assigned a task?