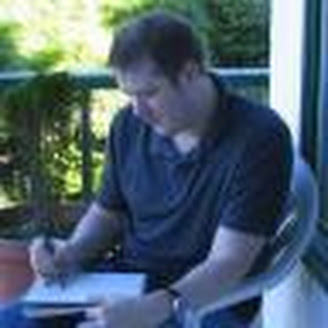 Thanks to a Public School computer academy, I've been programming since junior high school, and was fortunate enough to receive the highest honor for programming at graduation.

After that I attended Suyvesant HS in NY, and learned a little more of the basics of C, but took a greater interest in my design and drafting courses there, and attended Pratt's 5 year program for Architecture (buildings). During that time I put my programming knowledge to good use and developed fractal-based designs. Once in the profession I quickly became the office CAD Manager due to my penchant for automating and customizing AutoCAD through LISP and VB.

3 years and a Architecture professional's license later, I moved over to work in R&D at the engineering and architecture firm SUPERSTRUCTURES --where I developed software for over 5 years. The position nicely dovetailed computer science, and buildings. During that time I developed several stand-alone applications for work flow automation, and integrated AutoCAD with MS Office suite, including utilizing Access for data management and reporting.

On Moving to Portland OR, there appeared to be little opportunity for meshing programming with Architectural design, but I took opportunities where they presented themselves and again automated workflow and developed investigation applications on small laptops to be used for intensive/extensive building assessments.

This is when I started also investigating concepts of natural human motion through space and developed simulations loosely based on the concept of Space Syntax (by way of the University of London). At the same time writing an article (in progress) for humanizing cleanrooms both through space syntax and computer-generated naturalistic geometries --Revit and CAD programming in .NET (C#).

I'm now also looking to do more with mobile apps and am currently building my first Android app.

0 Is a singleton with an update method and software state verification a valid pattern? Feb 1 '17