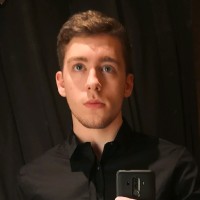 Regarding answers prior to 2016

Please be aware that any of my answers Prior to 2016 were the result of a 16/17 year old version of myself attempting to complete a Graded Assesment (British GCSEs) and that we were tasked with writing in Python - a language I was unfamiliar with an not properly taught.

I recognise that my questions and writing style were bad and, with my current experience, I would have approached the problems differently and potentially written the questions differently too.

As it stands, I will currently agree that I have little to no knowledge on Python as a whole and the Examination experience left me with a great dislike for the language.

As of early 2016, the Language I was most proficient in was C#. After July 2018 however, my most proficient Language soon became erlang where I'd still program in c# and occasionally Golang albeit moreso as a hobbyist.

In my current workplace, I develop primarily in Erlang, writing bash scripts & sometimes writing and/or maintaining applications written in both Java & Golang.

This user has not participated in any tags.