I and a colleague had a rather strange discussion with our boss related to the architecture of the applications we are currently developing. The C4 (second level) diagram of the existing architecture is the following: 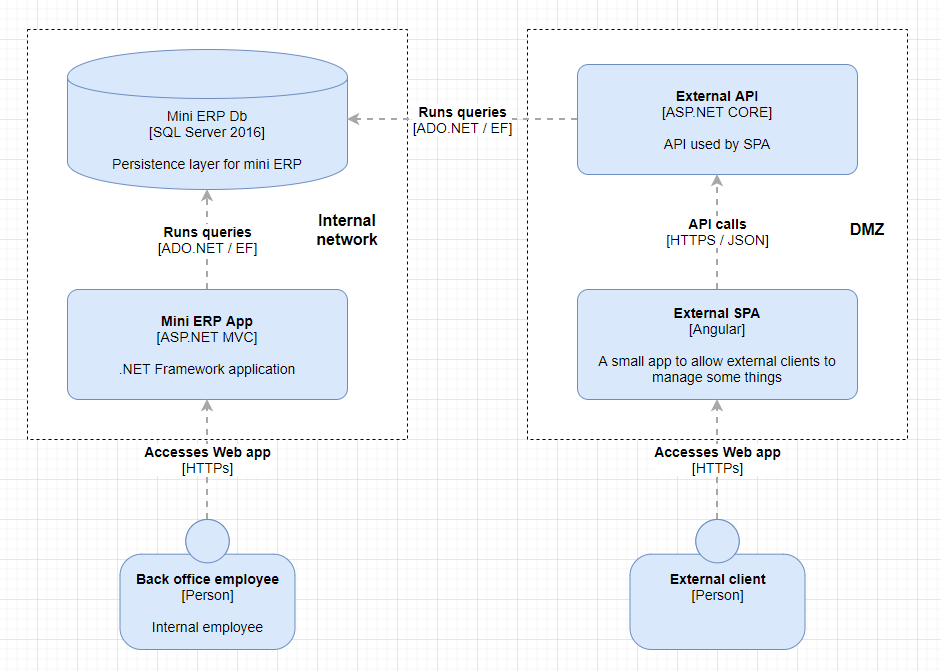 I have initiated a discussion about slightly changing this architecture due to various issues:

My proposed architecture is the following: 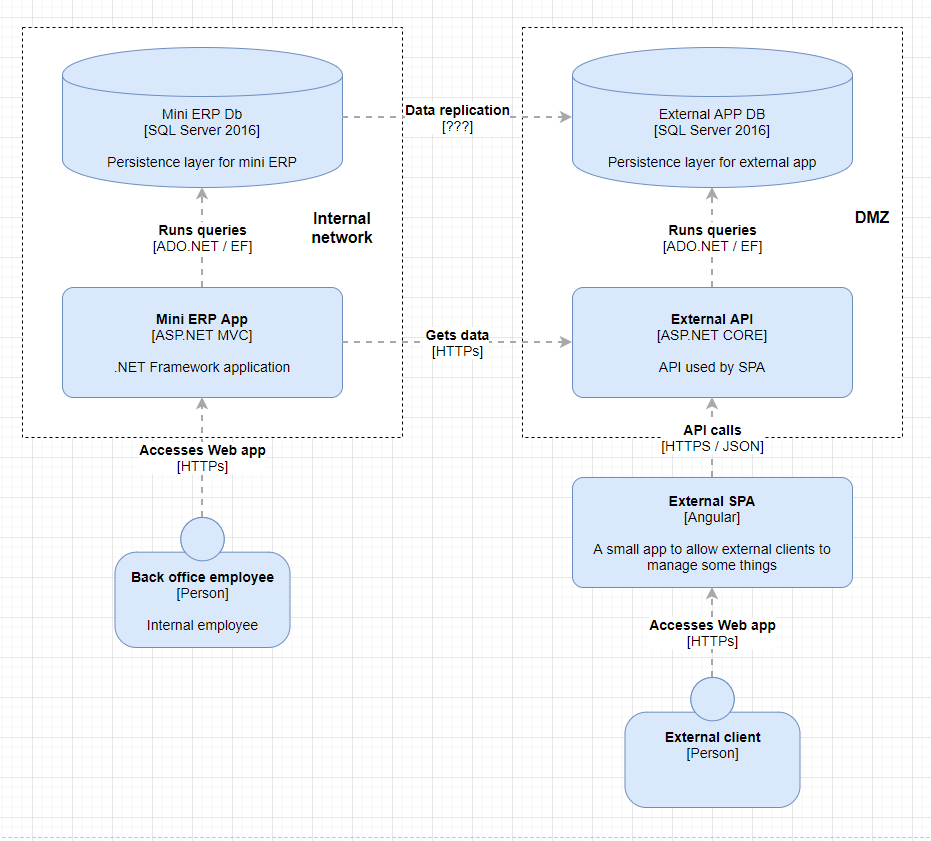 We have received the following counterarguments for our proposal:

In this case, the architecture would be something like this: 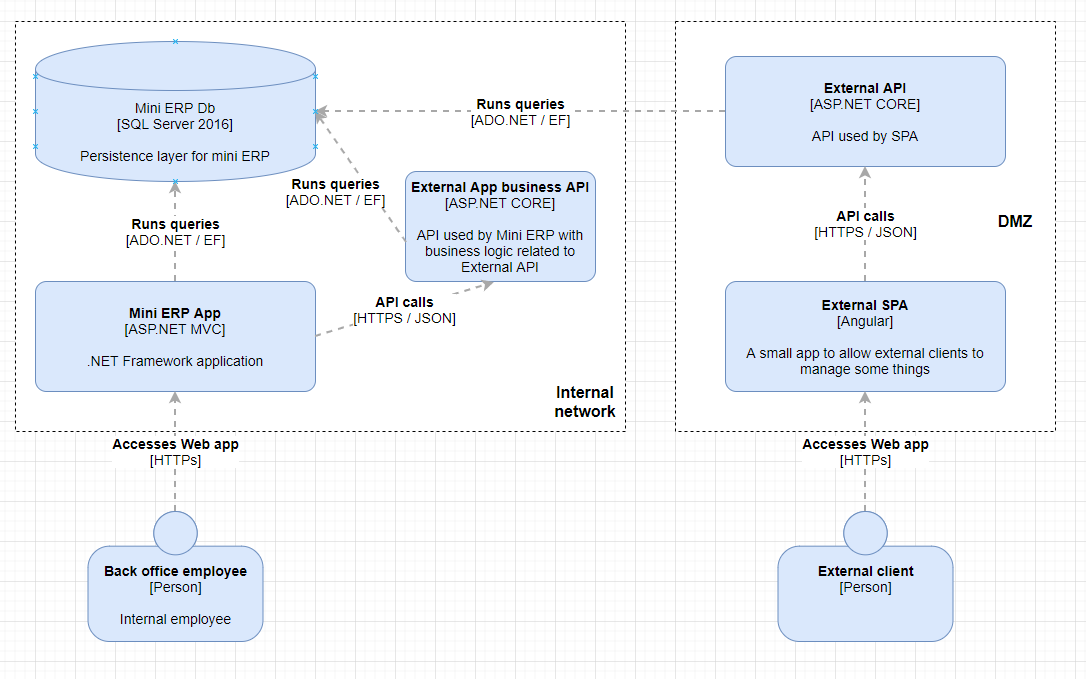 This proposal seems strange to us because it requires an extra application (another pipeline, more complex deployment) instead of relying on the existing API. It makes me wonder what is the proper place to put the business logic related to the external API business entities?

Making two APIs, in this case, is probably causing a bit of confusion as far as where business logic should live. For me, I would avoid having two APIs, if possible.

If there is some company specific SOP or customer requirement to have separate APIs, then I would use the internal network API to have all of the base/core business logic, and the external network API as implementations of internal API requests. Maintenance might become an issue, since you would need matching classes in both APIs. You would probably run into the possibility groups of things that do not have the same reasons for changing more often.

As far as adapting the architecture, outside of moving the API from external to internal, the external SPA, the now internal API, and internal app would need API keys defined. the key would be/have some identifier to determine if the requesting app is internal or external. In the API, you can use the key to determine if a request is valid for the calling app.

Here is just an oversimplified concept: 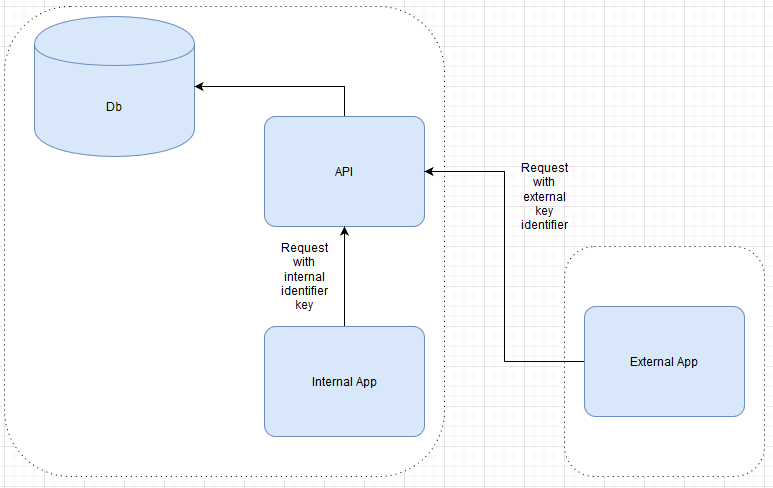 7
Communication between microservices - distinguishing internal calls safely
1
Business Layer in Database logic system
3
Can a default value for a business process be set in the database column definition?
0
Architecture to share logic across MPA and SPA applications
2
In MVC + SOA Architecture, What is the Rationale for Placing Business Logic in Models?
5
DDD and MediatR - where the Validation and Business Logic go
4
Where should I place more complex business logic related to what a Web API does but consumed by a single client?
1
Architecting multiple codebases calling our public API + private API for first-party applications
1
Duplication of data vs loose coupling